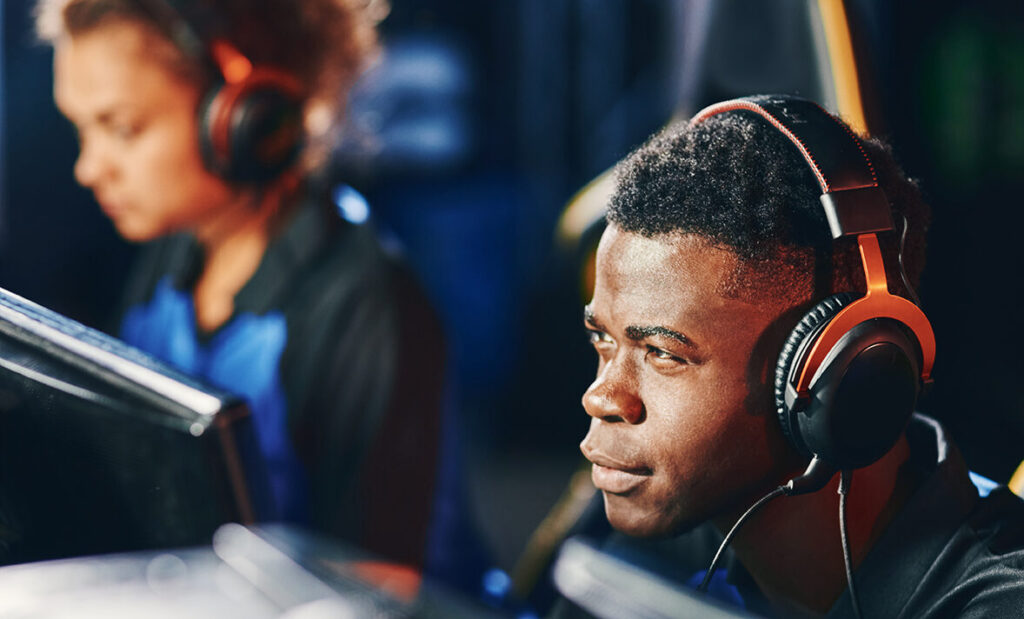 The Brisbane, Australia-based provider predominantly serves the gaming industry on the business side, including service providers that offer the bottom layer of gaming connectivity—the infrastructure—to these gaming companies.

“Most provider infrastructure isn’t built to handle 100-player servers that track 200,000 different physical objects, players moving around, inventory and items, and things flying everywhere. Nor are the network carriers they use – they just care about how cheaply their data gets from point to point and how quickly they can get it off their network, not the latency of gaming traffic.

“OneQode’s server infrastructure, on the other hand, is built to be super high performance, with minimum 3.7 GHz clock speeds on all servers. This gives them a lot more grunt than your standard setup. Those plug into our latency optimized network designed specifically for real-time applications,” said Shearing.

If you’re a PC gamer, you’ve probably played Counter-Strike: Global Offensive before. Maybe you’re
a racing fan and enjoy some Assetto Corsa. Or maybe you just like to jump into the occasional Krunker or Wolfenstein: Enemy Territory game. What you might not know is that all of these latency-sensitive games are supported on the gaming infrastructure of OneQode, a company that understands how important network performance is to the online gaming experience.

After successfully filling a gap in the Asia-Pacific (and global) gaming market by providing infrastructure that prioritizes performance, OneQode turned to Megaport to further improve their customers’ connectivity and ended up transforming their own as well.

Until just months ago, there were a few challenges standing between OneQode and a more seamless experience not just for their customers, but for themselves.

“When we would deploy in a new region, it was hard just to get things switched on,” said Shearing.

“From getting a standard internet connection, to linking up two data centers, we were dealing with a lot of massive organizations where things take forever to go through. Traditional telecommunications deployments can’t move as fast as we wanted to.”

Gamers in Asia-Pacific are geographically isolated from most of their fellow gamers, creating latency and stability issues and often isolating them from the global gaming community.

“If you look at Australia, New Zealand, and Southeast Asia in relation to the rest of the world, the challenges as a gamer are obvious: There’s a massive ocean in the middle, and everything is hyper-regionalized. This means that for a lot of your games, particularly your smaller games, it’s really hard to keep down queue times because you’re pulling from small gamer pools,” said Shearing.

If gamers in these regions had access to infrastructure that could provide low-latency, stable connectivity globally, they would not only have a better gaming experience, they would also be able to connect with a far broader community and enjoy games the way they’re meant to be played.

In gaming, losing connectivity can equal losing the game. While OneQode had built their network infrastructure for redundancy as best they could, they wanted access to additional backup routes that would give them extra resiliency and their customers peace of mind.

To solve these challenges, OneQode decided to leverage Megaport’s Software Defined Network (SDN) as the foundation for their infrastructure. Now, just months after provisioning Megaport’s services, they have benefitted in ways they weren’t even expecting.

The most immediate difference OneQode noticed after provisioning Megaport is how much faster they can now connect to new locations and expand their network.

“As soon as we got Megaport, we could get new locations lit up really quickly – when we go into a new location, we can now just spin up a Megaport,” said Shearing.

“Megaport’s presence in a data center makes us so much more likely to choose that data center when we’re exploring a new region.”

Having access to Megaport’s Internet Exchanges (IXs) has also been instrumental in improving OneQode’s network stability and speed.

“Being able to jump straight on a Megaport IX at a new location has made a massive difference for us. It gives us a huge portion of the connections we need in an interface we’re familiar with – much more efficient than liaising directly with IXs in each region and dealing with all of the connections separately.”

“Our network is built to move data quickly, picking it up from as close to users as we can, and sending it where it needs to go as directly as possible,” said Shearing.

OneQode cemented their status as a go-to gaming infrastructure provider when they launched their Guam Gaming Hub, even hosting a highly successful cross-regional Counter-Strike: Global Offensive tournament with a $17,000AUD prize pool to celebrate the connectivity milestone.

Megaport’s SDN has been built with redundancy in mind, with over 700 Megaport enabled locations and over 2,000 circuits globally.

“We have hefty layer 1 connectivity solutions, but we needed a backup to fall on. Megaport has been great for this,” said Shearing.

As well as improving OneQode’s network redundancy, Megaport also notifies the team of activity spikes— sometimes before their own systems even detect them—to help keep a close eye on their network.

“The notifications are amazing – the moment we get notified, someone can jump in, troubleshoot, and get to the bottom of the problem,” said Shearing.

“I sleep better at night knowing Megaport is backing up our network. It gives us so much flexibility and peace of mind.”

The ease of network management OneQode enjoys with Megaport has been an unexpected game changer for them – pun intended.

“We like being able to do things on demand and use online portals to access everything. With Megaport, it’s all laid out for you. You can provision what you need, when you need it, and you have the freedom to do what you want to do, whenever you want to do it,” said Shearing.

OneQode is currently working to make their services available over Megaport on-demand and set up API integration so their customers can connect via an online marketplace.

“Megaport will continue to be a valuable partner for us as we work to enable the next generation of multiplayer gaming,” said Ben Cooper, Chief Product Officer of OneQode.

“We’ve got exciting plans ahead, and it’s great to have a partner we can grow with.” Megaport is keen to be on this journey of simplifying their network with them.