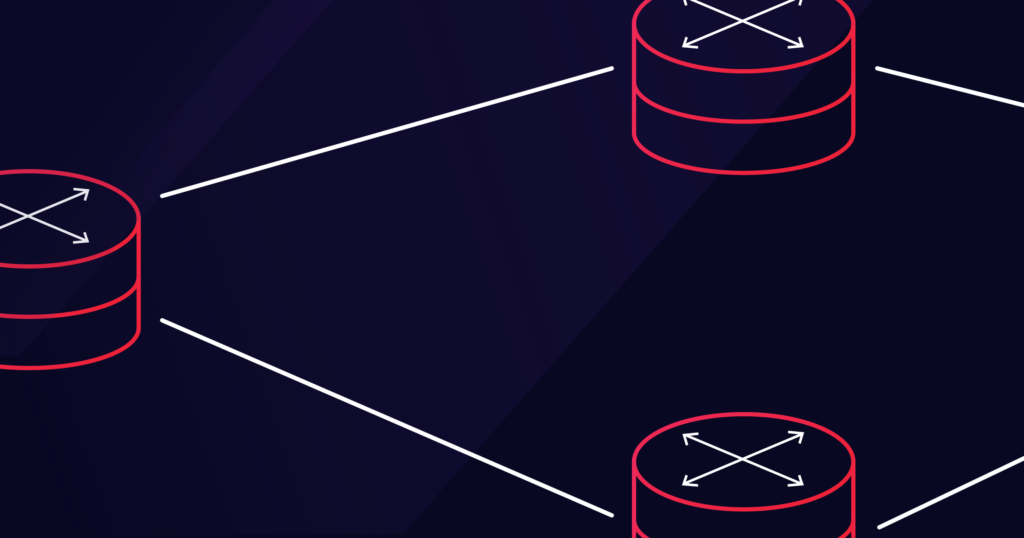 Why Segment Routing Excites Us


People who work in networking know best that traffic routing across IP networks can be inconsistent and unpredictable. Our job is to build a network with the right kit using the right technology to create the most reliable, predictable, and scalable backbone, while working in an adequate level of redundancy in case something does go wrong.


Networks today are imperfect, and there are a whole host of relatively new technologies like SD-WAN and intent-based networking that aim to improve network automation and orchestration; in short, technologies that will make enterprise networks smarter, more agile, simpler to run, and more scalable.

In this blog post, we’re excited to talk about the benefits of segment routing, which has the potential to give customers more control over the path data takes through their network. Not too far in the future, customers will be able to choose not just the lowest cost path, but the lowest latency route, a maximum security path, or automate any combination of business intents.

What is Segment Routing?

Segment routing technology was developed by the IETF’s SPRING Working Group to simplify traffic engineering by removing network state information from transit nodes and placing that information into packet headers at the “source” or the ingress node (i.e. where the data enters the network). Taking the state information out of the network makes it less likely to be overloaded by the millions of labels that have to be stored on routers. This opens up a lot of new possibilities for the scalability and efficiency of networks.

There are only a few devices that are purpose-built to handle backbone traffic through major metros. As traffic continues to scale and the number of nodes begins to grow exponentially, there’s increased risk of link failure due to overhead in protocols.

Many networks are built so that traffic goes from an edge to a core device because edge devices generally tend to be less capable. Without having to worry about state information on those nodes thanks to segment routing, pushing traffic through edge devices becomes less of a risk.

What is RSVP and RSVP-TE?

RSVP and RSVP-TE help synchronize resources within a network.  Prior to data packets coming into an ingress node, that node has to build an LSP or label-switched path to the destination or egress node, “reserving” bandwidth within the network to build a tunnel from head-end to tail-end. The same process occurs in reverse to establish two-way communication. All the nodes in between will apply a unique label to the frame (or data packet container). Each node will expect synchronized label information on that frame from the previous node so that it can route the packet to the correct next node.

By default, data is forwarded through unidirectional tunnels, and the paths are based on the shortest route across the network. Network administrators apply metrics to links, and those metrics are what gets translated to a preferred path.

RSVP requires network administrators to build out policies and routing decisions ahead of time. This policy then has to be pushed out over the network and agreed upon before traffic can begin to forward. Segment Routing Traffic Engineering, or SR-TE for short, allows the administrator to define the same policies but does not have to be synchronized across the network.

With On Demand Next Hop or ODN, new network destinations can arrive at the head-end router with a specific color, that the router then dynamically applies a specific SR-TE policy to based on this color. Granular control and robust packet steering are achieved without pushing state across the entire network prior to any traffic.

To use a simple car traffic analogy, with RSVP, road workers have to set up signs, cones, and other infrastructure across a city prior to anyone arriving in order to get car traffic down the right roads. SR, on the other hand, puts a navigation system in each car that allows drivers to get directions on the fly.

Segment routing eliminates the network having to manage a myriad of unidirectional tunnels, which in a large service provider network can number in the tens of thousands. It eliminates routers having to swap lots of unique labels and it also opens up some interesting features like Segment Routing Flexible Algorithm (“flex algo”), where one can apply different numbers for different topologies. Right now, with RSVP, there’s a single physical topology, and every link is treated equally except for what value we apply to that link.

With flex algo, links can be separated into independent topologies. Data will never be routed over undesirable or otherwise unqualified links because the router can’t use these isolated links in its routing decisions – flex algo allows multiple values to be applied to every link. Imagine a stack of colored pancakes, each with a different map of network topology based on different criteria. Customer intent signals what color pancake to choose and subsequent routing is based on the unique topology encoded therein. One topology could be confined to a specific threshold of overall link metrics, and another topology could be confined to a specific threshold of link jitter to maintain strict SLAs for specialized traffic.

When you combine a more scalable network with 400ZR, an Ethernet-based optical interface that enables 400G payloads over data center interconnects, networks can provide a huge amount of bandwidth in addition to dark fiber and DWDM (Dense Wavelength Division Multiplexing) technology.

With segment routing, rather than maintaining a separate optical network, management overhead is reduced to a single layer. Network operators now have the capability to not only extend high capacity reach over significant distances, but also now have the ability to scale horizontally with multiple parallel 400G links over the same physical infrastructure.

The future of networking is providing customers a simple and intuitive interface to steer their traffic based on their intents and needs. Many technologies are involved in getting us to that future, and segment routing is one that we’re really excited about.