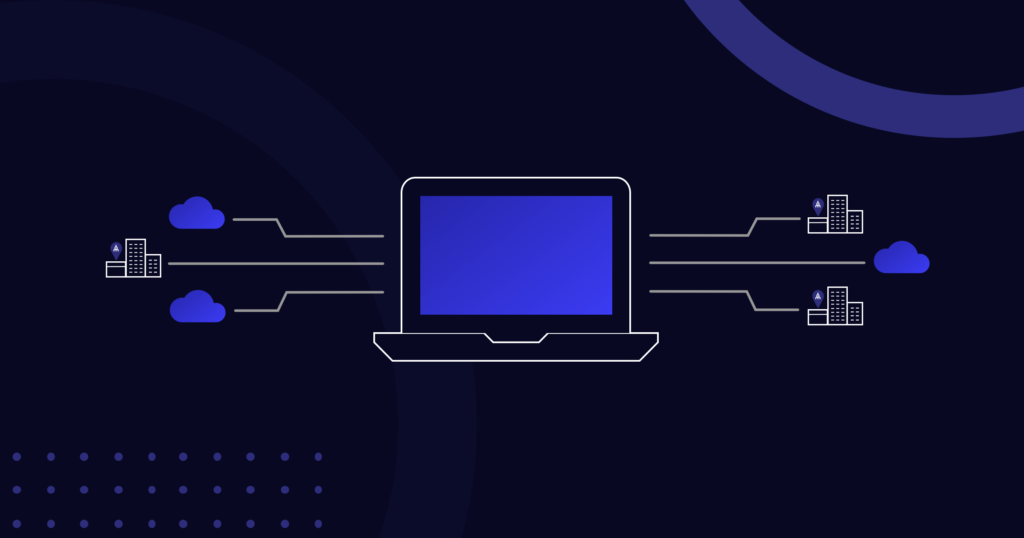 How Companies Are Future-proofing Their Enterprise Networks in 2021

Two decades ago, the internet was the world’s shiny new toy. Bandwidth was measured in kilobytes, dial-up tones interrupted landlines in homes, and this revolutionary new way of sharing information was still a novelty in the business world.

Now, 20 years later, Statista reports that 4.66 billion people are connected to the World Wide Web, and it underpins almost every aspect of the way we live and work. But the internet alone can no longer provide the consistent and predictable connectivity businesses need to thrive. With the cloud now offering a new level of scalability and compute power, businesses need connectivity solutions that offer exceptional speed, reliability, and security.

In 2021, the internet is not enough. Here are some ways companies are future-proofing their enterprise network in 2021 and beyond.

Enterprise networks have never been as complex as they are now, with users, infrastructure, applications, and mobile and IoT devices needing connectivity to data centers, branch locations, and the public cloud worldwide. On top of this, COVID-19 has fast-tracked our transition to geographically distributed work. The internet alone can no longer provide the reliable edge connectivity needed between all of these dispersed endpoints.

According to Forrester Analytics’ Global Business Technographics® Network and Telecom Survey, 2020, 61 percent of decision-makers plan to implement or extend the use of SDNs in the next 12 months, and 82 percent say that SD-WAN is a top organizational priority in 2021. There are good reasons for this widespread adoption: SD-WAN simplifies edge networking, improves cost efficiency, and gives you better control and security. It enables you to establish an overlay fabric of connected data centers, branches, campuses, remote workers, and devices, while allowing you to engineer traffic and apply security policies via an SD-WAN orchestrator.

There’s just one limitation: SD-WAN devices use public internet connections to build these higher-performing WANs. With an increasing number of everyday enterprise applications being hosted in the cloud, SD-WAN providers have been looking to reduce the dependence of their SD-WAN platforms on best-effort internet connectivity.

One such provider is Cisco, which recently partnered with Megaport to develop Megaport Virtual Edge (MVE), an on-demand, vendor-neutral Network Function Virtualization service that is interoperable with Cisco SD-WAN. For Cisco’s SD-WAN customers, MVE will help optimize middle-mile and last-mile connectivity by taking edge traffic off the internet and onto Megaport’s private Software Defined Network to reach apps in the cloud.

According to the Flexera 2020 State of the Cloud Report, 93 percent of enterprises have developed a multicloud strategy. But not just any multicloud strategy will do—an optimal multicloud strategy should reduce the amount of data that has to traverse the unpredictable internet. Take, for example, The Warehouse Group (TWG), one of the largest retail groups in New Zealand.

Just a few years ago, all of TWG’s infrastructure was hosted on-premises with 500 virtual machines installed at their centralized location, and another 500 distributed throughout their store network. A company-wide cloud adoption initiative required the creation of numerous VPN tunnels running from their many on-premises locations to cloud providers across multiple countries.

With not enough budget for costly automated VPN services, they found themselves individually managing and configuring each VPN, draining time and resources. Not only were development teams experiencing high latency and bandwidth limitations as traffic increased and the VPN tunnels got congested, but waiting time could be up to 10 weeks for new services to be provisioned to parts of the organization. This solution to manage TWG’s diverse multicloud environment was anything but sustainable.

TWG needed to streamline their multicloud environments. To do this, they decided to use Megaport’s Network as a Service (NaaS).

TWG’s enterprise network was 80 percent busier during business hours. Megaport’s pay-as-you-go model provided the flexibility TWG needed to scale capacity up in busy periods, without oversupplying (and overpaying) during quieter periods. Automated provisioning removed the need for TWG to manually configure a new VPN every time a new connection was provisioned, or update network documentation every time a circuit went live. Provisioning time was reduced from up to 10 weeks to just a few minutes.

With a complex multicloud environment and only one available PoP in New Zealand, TWG’s backhaul traffic needed to move between Auckland and Sydney. This used to overload their available bandwidth and result in higher latency. But with Megaport Cloud Router connecting these clouds together, latency has been significantly reduced and service for both employees and customers has vastly improved.

Looking beyond the internet

In 2021, looking beyond your internet connectivity to the cloud will empower your organization to do almost anything from anywhere. A sound cloud connectivity strategy will improve the performance, reliability, and security of your enterprise network today, and it will set you up for years to come.

Much has been written about the global cloud computing revolution and its impact on multinationals, but what if you do business...
View Article